I put a keyboard for activate and deactivate an alarms system with Arduino board and PIR sensor.
My schematic is: 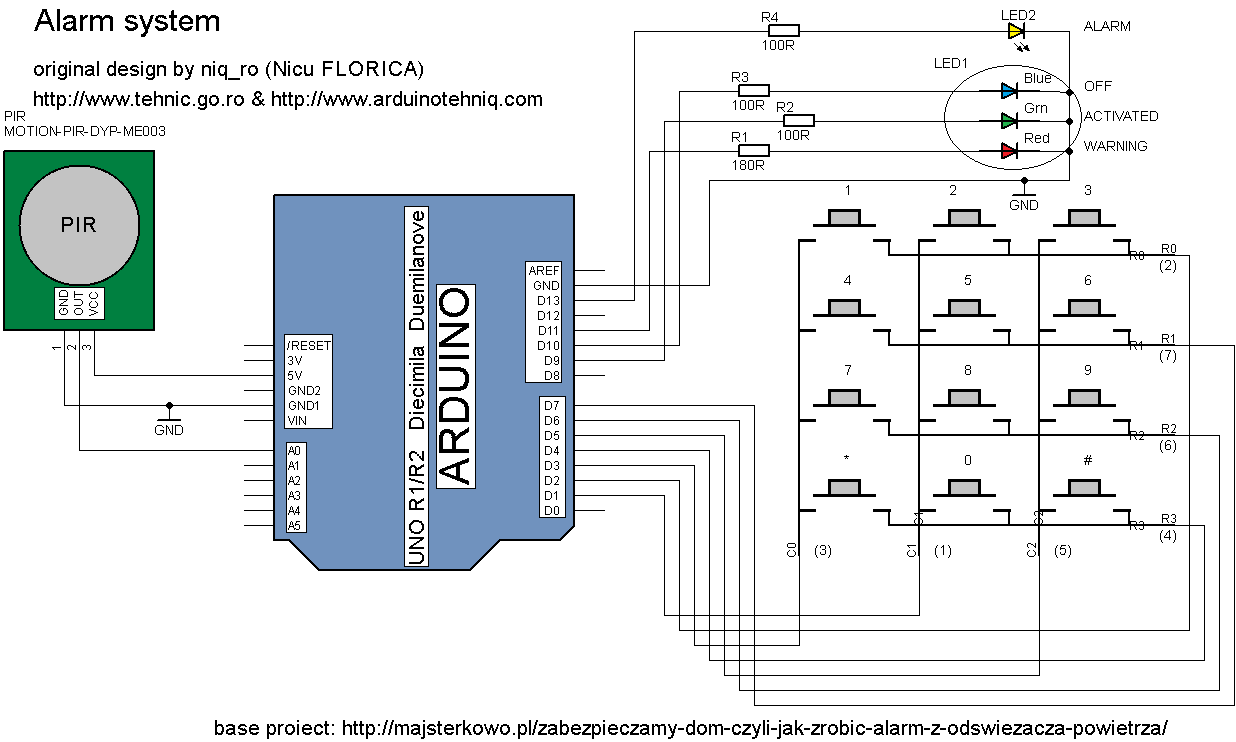 and sketch is alarm_system_2a.ino !
My alarm work in next steps:
– after power on, alarm is OFF, blue led is on 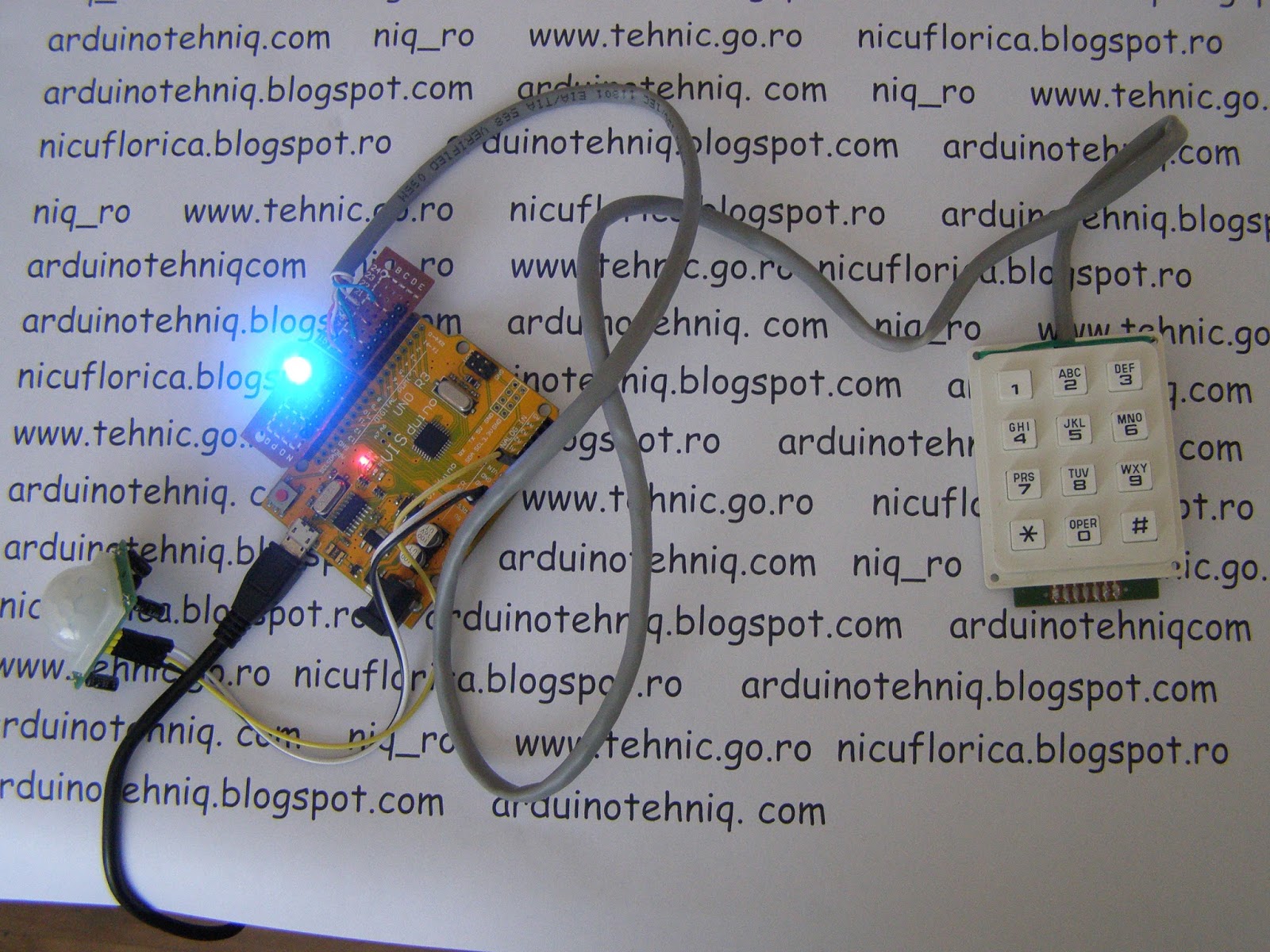 – after you introduce the code (1234* or better #1234* because # clear buffer for old activity) system go to stand-by state, green led is blinking; 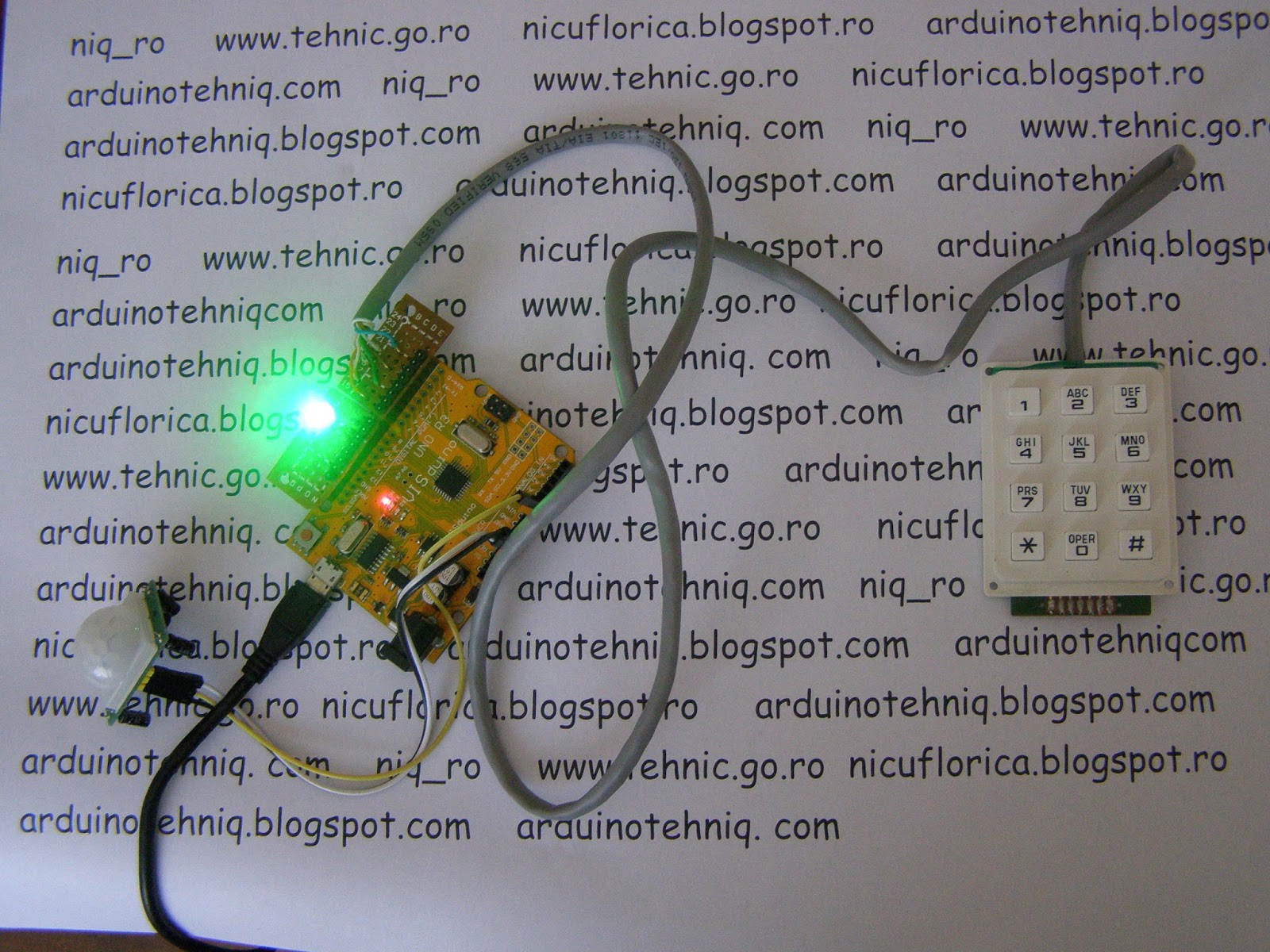 – after 20 seconds, system is in waitting (watching) mode, green led is permanent on; 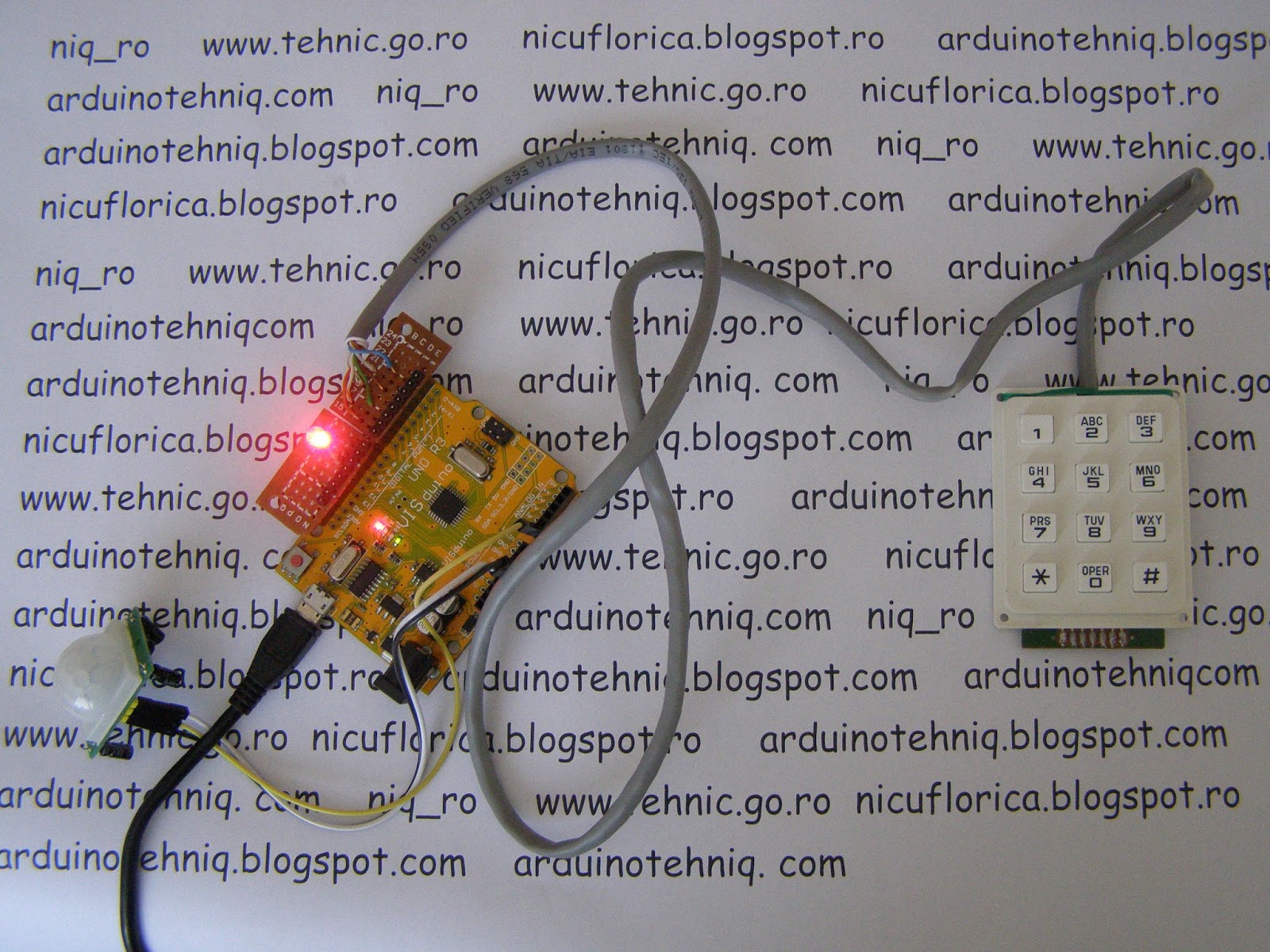 – if you indroduce code, system will be off (blue led in on)

– after 10 seconds (if you not enter the code) buzzer is on (led onboard is on), red led is permanet on 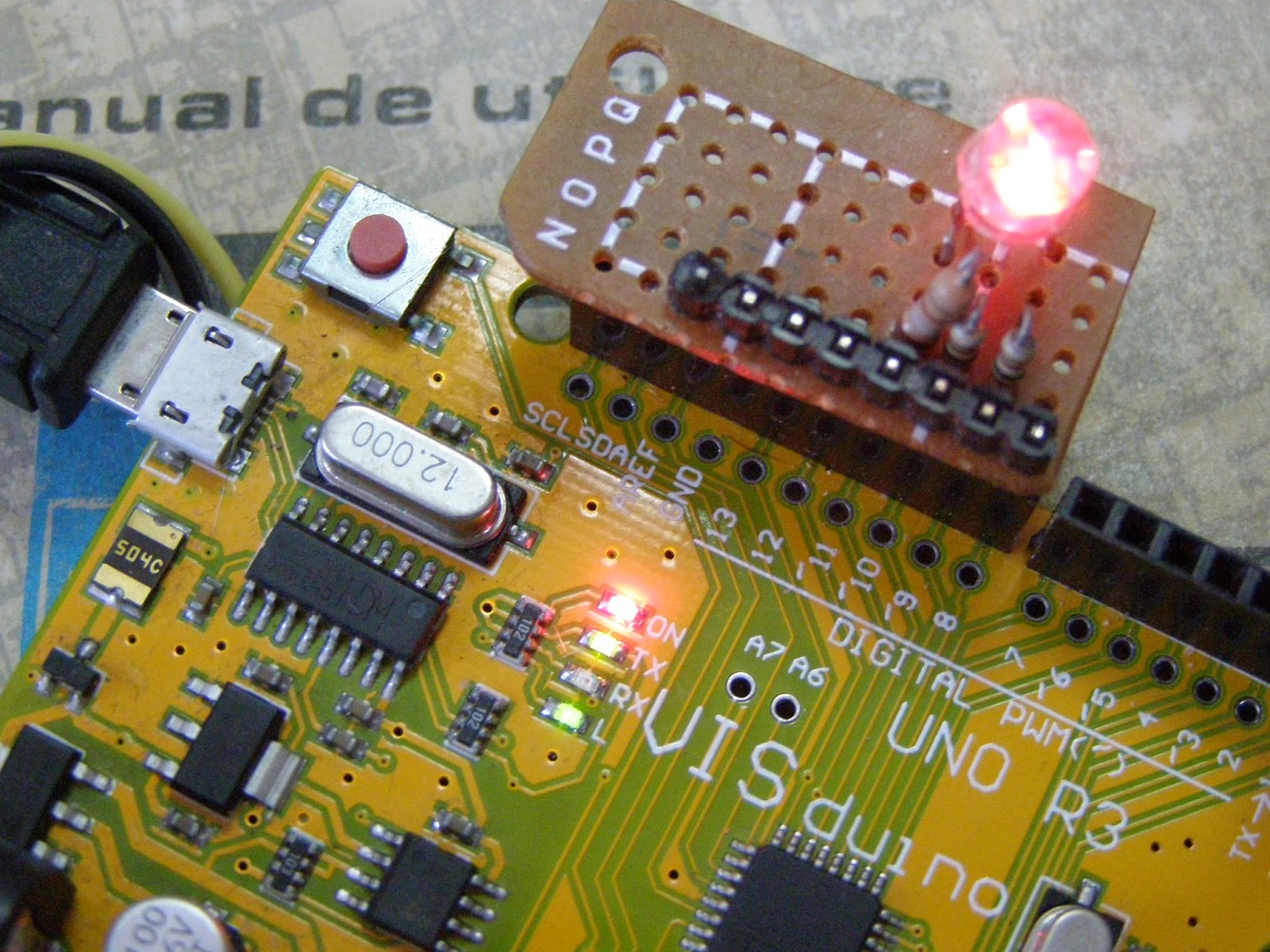 – after 10 seconds, system go to waitting mode, if is movement again, countdown and after buzzer is on, etc;
You can see 2 movies with states of this alarm system:
– Arduino system alarm with delay (2)

PCBWay: As one of the most experienced PCB manufacturers in China, PCBWay is devoted to PCB design, fabrication and assembly to fit all of your PCB needs. Get quote here: https://www.pcbway.com/

You can pay me (donate) using PayPal !

how you can contact me? you can write an mail at nicu.florica@gmail.com !

YOU CAN PAY ME (DONATE) USING PAYPAL ! 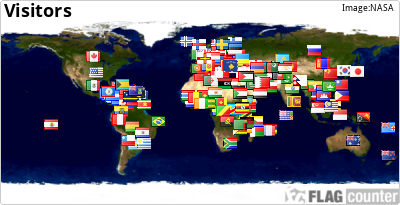